Pokemon and Christianity: Is Pokemon Satanic? Pokemon Go and Church? Does Pokemon Promote Evolution? And Other Issues Addressed 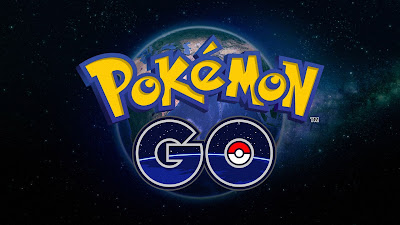 Pokemon Go, a wildly popular hit mobile app, was recently released this week, raising and re-raising new and old issues with the church in general.

Now, if you don't know what Pokemon is, you might have been living under a rock, or a super sheltered house. But to give you some basics, Pokemon is a Japanese franchise, consisting of a trading card game, a series of video games, manga comics, and animated TV shows and movies. "Pokemon" is short for "Pocket Monsters", the fictional animals you have to capture in the games and what the hero of the cartoons tries to catch.

The app uses AR, or augmented reality, which in other words, tries to simulate what catching Pokemon is in real life. It uses the GPS locator in your smartphone to track where you are on top of Google Maps. Players can visit Poke Stops an Poke Gyms to stock up on items and battle in real life. So players must walk or hop into a car in order to play the game.

Why is Pokemon a hot new button issue with the church? Mostly because many, many churches are PokeStops and Poke Gyms in the game. Another reason is that Pokemon was deemed to be Satanic and evolutionistic when it was first released in the 1990s. This blog post addresses the issues that have come up with Pokemon Go and Pokemon in general.

Here is a handy FAQ:
Q. Is Pokemon Satanic?

Obviously, Pokemon is not a Christian-based franchise. What fictional world is?

There is a satirical and hoax interview going around, supposedly from TIME magazine, that says that the original creator of Pokemon wanted to promote Satanism. I repeat, that is a hoax.

However, people do not play Pokemon because of the myths. To many people, it is just a fun past time or hobby. A totally harmless one. People who play understand that this is fictional.

Titus 1:15
Unto the pure all things are pure: but unto them that are defiled and unbelieving is nothing pure; but even their mind and conscience is defiled.

Paul told believers that it is alright to eat meat offered unto idols, because our knowledge of the Bible tells us that there is only one God, and idols really don't have power over the meat offered. The only time one shouldn't is if the believer is eating in front of a brother who doesn't know that idols don't have power.

The supposed occultism and symbolism of games? It does nothing to a saved Christian. It has no power.

People use this same reasoning against Christmas and Easter. Guess what? Whatever pagan origin those holidays have had, they don't affect at all a standing of a Christian. If the Christian's motive in celebrating holidays is pure, the holiday is pure unto the Lord. (Col. 2:16)

The ones who are defiled are those that have been saved from Satanism and the occult. If Pokemon at all triggers them, then they are not to play it. But to those that are pure, it is pure and neutral.

But please do tell me who thinks Pokemon actually reflects the deep sorceries of occult lore in such a way to draw minds to actual Satanism?

If you are super aware of the occult and how it relates to Pokemon, then don't play. But also don't think that the same symbolism will actually affect unaware Christians who play. They are playing because it is good, clean fun, not because they are possessed.

So the answer is, Pokemon is neutral. It is as neutral as Christmas trees, holidays, and eating meat offered unto idols back in Paul's day.

Evolution in the games and stories are not the same kind of evolution that is presented here in real life. Whereas evolution in the Pokemon universe is very quick and very flashy, evolutionary hypothesis in our world states that evolution is very slow.

The franchise universe has its own creation myth with its own creator god (Arceus) and mythical beings that control time and space (and antimatter). So it's not purely secular evolutionistic. It is fictional. As I noted, the franchise draws alot from mythology.

It promotes both creationism and evolution in a fictional sense.

Q. Why are churches PokeStops and Poke Gyms and what is the difference between the two?

The company that created Pokemon Go, Niantic, created a previous game that was very similar, called Ingress. Players of the previous game uploaded locations worthy of note with significance historically or socially or even supernaturally to create portals.

What is a place that has both historical, social, and supernatural significance?

Other places like cemeteries, offices, malls, gyms, and other places are included. But since churches reflect all the above criteria, they are sure signs of becoming a PokeStop or PokeGym.

A PokeStop helps stock on items such as Pokeballs (which are used to capture Pokemon). PokeGyms, on the other hand, are captured and defended by teams in-game. Gyms are more important than stops.

Q. How should I handle players who go to church to look for Pokemon?

This is an opportunity to witness for Jesus Christ!

Pokemon Go is sending a ton of people to church areas. Use it to your advantage. These are the types of people who probably will never darken a door of a church for other reasons. Many of people who play Pokemon are introverted, and are more likely to stay in their house, if it wasn't for Pokemon. This is a whole demographic the church as a whole has not engaged with effectively.

Talk to the people in the parking lot. Show them the love of God. Even join them, yeah?

If the church is open on weekdays, then if one can, invite people in, hold a snack bar. Do something! Of course, boot troublemakers, but this is a privilege you can't afford to waste.