Of Stocks and Options...

So, I have forayed into the world of the stock market. I haven't made much considerable gains yet, my strategy is mostly a "buy-and-hold" technique for the long-term. Right now, I only recommend buying Apple (AAPL) stock as it gave me the biggest gains so far, and it is assumed to even rise even more. (I do regret selling some shares of it now to invest in 3D printing, but hey, that could give returns as well, so I'm not too bad).

My stock portfolio is a mix of North and South American company shares ranging from oil, to steel, to gold, to land, but the largest piece are technology stocks.

So yeah, right now, it's mostly a loss, because of the recession, but my strategy is long-term investing for the most part, as to avoid sentiments of fear and greed, the ever simple "buy low, sell high". I experimented with short-term gains, but the commission is too much of a factor for quick profits.

I also have my sights on options trading, but it's proving either complicated or that I do not have enough money to invest to start in it. I am studying it, to make preparations for the future.
Posted by author at 9:49 AM No comments:

This is a thought experiment on the future of 3D printing and its impact. I would have classified it as AltHist, but it concerned more of our immediate and long term future.

This is the world of the Gutenberg Future.

Background:
The method of 3D printing, once the economical and technological hurdles will be overcome, represents the greatest potential of revolution for years to come. From Gutenberg, we have the printing press and the power of words... and thus with the portable, cheap 3D printer, we have the power of creating objects.

Economy:
The most obvious impact will be on the economy. Stores will become increasingly useless as consumers learn to simply print whatever object they want to acquire. Plastic objects are the most prolific, but printing of metals, food material, etc. appear as science advances. The 3D printers become cheaper, more portable,  and more complex, along with computational power as with Moore's law, allowing for more complicated 3D objects. Common and mainstream brand names become less important, while specialty brand names do.

Food:
The printing of food will start in gourmet kitchens and specialty chefs. If personal gardening (and even meat creation) is not made easy enough with the genetic and bio tech advancements, farms and markets for fresh produce and meats will still exist.

Culture:
Those who don't have 3D printing technology are at a great disadvantage, however, a sub-culture rises, somewhat reminiscing the hipster movement of the early 21st century that harkens back into antiquated styles.

Arts:
Those who expert modelers in 3D programs will become more commonplace, and their skills are important in the jobs market. Craftsmanship of the hands will still exists. Wood and stone creations will still enjoy popularity as art, symbolizing hard work and toil, especially for the rich. Clothes will still be manufactured by factories unless their is a technological leap in creating soft fibers. Once 3D printing or nanotechnology replicates wood and stone, those are seen as inferior.

Government:
The rise of the corporation and their scholarly offspring, the mathematician numecrats ("those that rule with numbers", also, numerati, as coined by Stephen Baker) create new government paradigms: the corpocracy and numecracy. There are more independent local regions.

Beyond Gutenberg:
Nanotechnology may be utilized and create Star Trek-like replicators. However, resources are still needed; there needs be some raw material and energy for nanobots to work on.
Posted by author at 9:14 PM No comments:

Doctor Who: The Twelfth Doctor Revealed

Today at 7PM GMT(2PM EDT here), Peter Capaldi was announced to be the 12th incarnation of the Doctor. 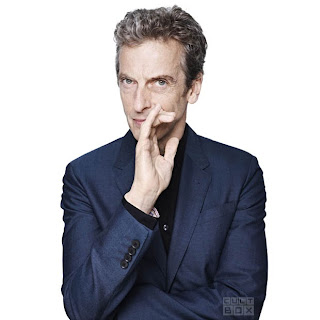 Peter Capaldi has played Caecillius in Fires of Pompeii, and Frobisher in Torchwood: Children of Earth. He will fill the shoes of eleven actors before him. Glad to be part of the historic livestreaming event, compared to electing a Prime Minister!

Congratulations! The Doctor Who audience are in an uproar of mixed emotion. I for one have no great emotional response. I really liked Matt Smith, but I see the Doctor as one person, not 12-14 different people.

Enjoy this random video that doesn't represent my views, but does provide a perspective: