April: Midwest Homeschool Convention, Creation Museum College Plus Gathering; Will You Be the One Youth Conference November: The Day of the Doctor Gallifreyan Plus CP Gathering

December: College Plus The Gathering Texas

Posted by author at 8:23 PM No comments:

College Plus The Gathering Texas

Who knew the Creation Museum gathering could be toppled? But it was.

Just the week before, we had a Doctor Who College Plus Gathering here in Columbus to watch "The Day of the Doctor". So I totally was ready to meet new CPers!

Arriving at the Port Columbus CMH Airport, I said goodbyes to my sisters and parents and went through security. I met up with the Proffitts, who were on the same flight as I was. The plane was on time, with a little confusion at the gate changes, but all was well. 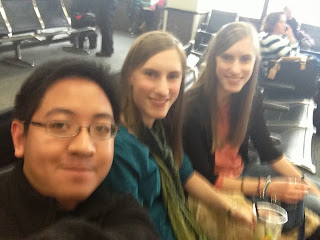 We boarded the plane. First time flying with friends! Landing in Dallas, the weather took a turn for the worse, as rain started to pour. As the Proffitts got their baggage at the claim, I headed to Terminal E to meet Taryn. A few minutes of confusion later, I finally arrive to meet the group waiting for us, with the Proffitts beating me there. (But it was an adventure!) I met Alex, Neil, Kimberly, Andrea, Amie, Rebecca (Becky), Paul, Justice, and a few others. And Joshua Loomis! A bearded Joshua Loomis!

Our shuttle took us to the camp called Lakeview Camp of Assemblies of God. We got registered with yellow wristbands, and we headed out for dinner. I then saw Daniel Diedrich, who I met in the Creation Museum, and who also is my Churchill President (I'm the VP). They had some brisket and everything - best camp food I have ever tasted. Sat with some guys at the table. Everyone was open to conversation.

We then headed out to orientation! After learning some guidelines, we split into our small groups. 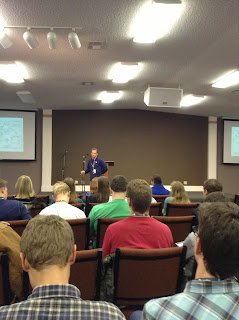 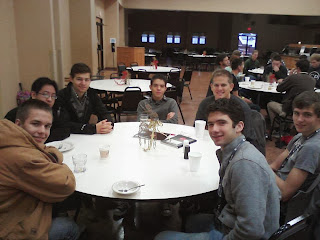 Met this dude right here. His name is Rusty. He is an actor. The kid in the Courageous movie, in fact. He is a College Pluser!

Posted by author at 8:08 AM No comments: