Why Frank Lodgson's Statement on the NASB is Valid 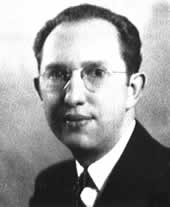 "I must under God denounce every attachment to the New American Standard Version. I'm afraid I'm in trouble with the Lord...We laid the groundwork; I wrote the format; I helped interview some of the translators; I sat with the translator; I wrote the preface. When you see the preface to the New American Standard, those are my words...it's wrong, it's terribly wrong; it's frightfully wrong...I'm in trouble;...I can no longer ignore these criticisms I am hearing and I can't refute them. The deletions are absolutely frightening...there are so many. The finest leaders that we have today haven't gone into it [new versions of Wescott and Hort's corrupted Greek text] just as I hadn't gone into it...that's how easily one can be deceived...Are we so naive that we do not suspect Satanic deception in all of this?"
- Frank Logsdon
Audio Recording: https://av1611.com/kjbp/articles/logsdon-repudiates-nasb.html
https://www.defendproclaimthefaith.org/dr_frank_logsdon.html
Lockman Foundation Statement:

Mr. Logsdon last wrote to Mr. Lockman in fall of 1973 that he was moving to Florida. Mr. Lockman replied that he was surprised and saddened by his decision to leave the area. Mr. Lockman passed away in January of 1974, and no further correspondence was exchanged between Frank Logsdon and The Lockman Foundation. He resided in Florida until his passing some years ago.

The grass withers, the flower fades; but the word of our God stands forever. Isaiah 40:8 (NASB)

The assumption here is that Lodgson's statements have no validity as he was not part of the board of directors, which means he had no official capacity at all.
But as someone is very used to not working with "official capacity", I find this statement ridiculous. A lot of times there are influencers and leaders who for some reason or another are not part of the official list of people involved, sometimes because they want no credit or other valid reasons, but sometimes with sinister agendas, yet wield massive influence, even sometimes the most influence, over a project. An unofficial or undocumented capacity does not mean no capacity at all.
Notice the Lockman Foundation does not directly contradict Lodgson's statements of interviewing translators, rather he just did not have the official capacity to hire or incur expenses.
Now, I find it interesting the statement does not say he did not write the preface, just the forward. The preface is signed "Editorial Board, The Lockman Foundation". Who wrote it then? And could have Mr. Lodgson ghost written it?
My aim at this post is not to prove Lodgson's statement true, just valid, even in light of the Lockman foundation statement. And it is valid.
Posted by author at 11:52 AM No comments: