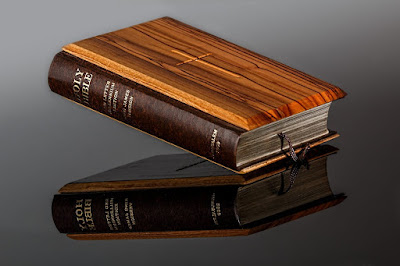 I. Considerations
The KJV remains the most read, popular, and still the fastest growing Bible translation (and best selling book of all time) today
http://www.christianitytoday.com/gleanings/2014/march/most-popular-and-fastest-growing-bible-translation-niv-kjv.html

Why? If there is a demand for "easier more, modern reading", then why?

Do you believe the Bible? The Bible says it is inspired, infallible, inerrant, preserved, etc.

And not only does it say the Bible was inspired, but it says the Scriptures. Scriptures by definition are copies, and not the original. So at least some copies of the original are inspired, infallible, inerrant, etc.

Conclusion: If the Bible says specific words were inspired, then only one version is correct, as every version’s words are different from each other. Which means there are versions that are incorrect.


Psalm 12:66 The words of the Lord are pure words: as silver tried in a furnace of earth, purified seven times.

Conclusion: The KJV fulfills the purification process
Also, English will become the global language of the End Times

III. Translations in the Bible
A. Enoch, 7th translation from Adam, the original


Jude 1414 And Enoch also, the seventh from Adam, prophesied of these, saying, Behold, the Lord cometh with ten thousands of his saints,

Hebrews 11:55 By faith Enoch was translated that he should not see death; and was not found, because God had translated him: for before his translation he had this testimony, that he pleased God.


B. Inspiration or God-Breathed


Genesis 2:7 (God inspires Adam, the Original)
7 And the Lord God formed man of the dust of the ground, and breathed into his nostrils the breath of life; and man became a living soul.


2 Peter 1:21 For the prophecy came not in old time by the will of man: but holy men of God spake as they were moved by the Holy Ghost.


2 Timothy 3:16 (God inspires His Words)
16 All scripture is given by inspiration of God, and is profitable for doctrine, for reproof, for correction, for instruction in righteousness:


2 Peter 1:21 For the prophecy came not in old time by the will of man: but holy men of God spake as they were moved by the Holy Ghost.


B. Scripture (copies by definition, not originals) are also given by inspiration

16 All scripture is given by inspiration of God, and is profitable for doctrine, for reproof, for correction, for instruction in righteousness:


C. Originals destroyed at the outset

27 Then the word of the Lord came to Jeremiah, after that the king had burned the roll, and the words which Baruch wrote at the mouth of Jeremiah, saying,28 Take thee again another roll, and write in it all the former words that were in the first roll, which Jehoiakim the king of Judah hath burned.


E. Many added words besides were added, defeating the assumed completeness of the Originals

32 Then took Jeremiah another roll, and gave it to Baruch the scribe, the son of Neriah; who wrote therein from the mouth of Jeremiah all the words of the book which Jehoiakim king of Judah had burned in the fire: and there were added besides unto them many like words.


Conclusion: God has no respect for the originals and we shouldn't look for them


I Samuel 9:9-11 (Bible acknowledges prophet as the newer word in verse 9, yet still uses seer in 11)
9 (Beforetime in Israel, when a man went to enquire of God, thus he spake, Come, and let us go to the seer: for he that is now called a Prophet was beforetime called a Seer.)10 Then said Saul to his servant, Well said; come, let us go. So they went unto the city where the man of God was.11 And as they went up the hill to the city, they found young maidens going out to draw water, and said unto them, Is the seer here?

VI. The Person of King James
A. James is English for Jacob
(Still being researched!)


Genesis 32:28 And he said, Thy name shall be called no more Jacob, but Israel: for as a prince hast thou power with God and with men, and hast prevailed.

Ecclesiastes 8:44 Where the word of a king is, there is power: and who may say unto him, What doest thou?


B. It's Under The Reign Of An Evil King That A Perfect Bible is Made


Jeremiah 3636 And it came to pass in the fourth year of Jehoiakim the son of Josiah king of Judah, that this word came unto Jeremiah from the Lord, saying,2 Take thee a roll of a book, and write therein all the words that I have spoken unto thee against Israel, and against Judah, and against all the nations, from the day I spake unto thee, from the days of Josiah, even unto this day....20 And they went in to the king into the court, but they laid up the roll in the chamber of Elishama the scribe, and told all the words in the ears of the king.21 So the king sent Jehudi to fetch the roll: and he took it out of Elishama the scribe's chamber. And Jehudi read it in the ears of the king, and in the ears of all the princes which stood beside the king.22 Now the king sat in the winterhouse in the ninth month: and there was a fire on the hearth burning before him.23 And it came to pass, that when Jehudi had read three or four leaves, he cut it with the penknife, and cast it into the fire that was on the hearth, until all the roll was consumed in the fire that was on the hearth.24 Yet they were not afraid, nor rent their garments, neither the king, nor any of his servants that heard all these words.25 Nevertheless Elnathan and Delaiah and Gemariah had made intercession to the king that he would not burn the roll: but he would not hear them.


Conclusion: Attacks on King James' character prove, not inhibit, that a perfect Bible came from his reign

IX. Historical Power of the King James
As noted above, the King James still remains the most popular and still the fastest growing translation today.
Instrumental in all the Great Awakenings and Revivals
(Still being researched!)

X. Conclusion
(Yet to be determined)

Posted by author at 8:14 AM No comments: