Problems With Video Game Sequels (The Dawn of War Trilemma) 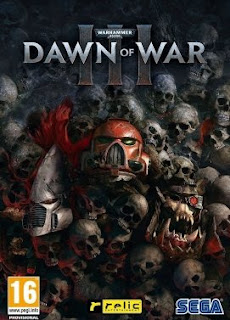 So often, we play an original video game and expect a sequel. And we expect that sequel to live up to our expectations. Unfortunately, while sequels are often better on paper, with better graphics or technology or added gameplay mechanics or a storyline, our expectations are often shattered.

Gamers have a feeling of gameplay that is very unique for each game. A balancing, if you will. There's a rhythm to a game. A high then a low, a push and a pull.

Unfortunately, game feel, as vague as it is, is a very important, if not the most important thing to a player. Violate that with a sequel, you as a game designer will be the subject of ridicule. A player buys a game for more of the same thing.

If you violate a player's balancing and rhythm, you will pay.

He will not listen to your cries of innovation or your logical reasons for such-and-such addition. He will go to Steam, to the reviews, to the internet and attack.

Game feel is so important that many games market themselves as recapturing the game feel of a previous game. Many indie RTSes since Command and Conquer's downfall market themselves as having Comand and Conquer gameplay. Critics of the recent spate of "Dark Souls of..." game reviews are missing the point. A game feel of Dark Souls was subjectively captured by a reviewer who played... say.. Cuphead, for instance. Ignore the difference of genres and graphics and sound and whatnot. It's the feeling that's important, and Cuphead delivered on the boss pattern studying feeling of Dark Souls. At least to some people.

Speaking of Command and Conquer, its fourth installment greatly violated their audience's game feel expectations. Now it is dead. Even if justified by lore, even if it works as a standalone strategy game, it just doesn't work as a game in the series. It should have gone to the way of its Free-To-Play C&C online game Tiberium Alliances and should have been its own thing, rather than the 4th installment. It would be received better, or if not, as least it would have not tanked the franchise as much. (No pun intended)

Dawn of War is in a unique position where all titles in the series have very different gameplay from each other. The first one was the most traditional RTS of the three, having base building. The second one focused on more micromanaged units, squads, and tactics system that removed base building. The recent third is being accused of having too much MOBA elements. Each has a very distinct feeling to them.

A solution I propose is if a company wants to make games set in the same universe as the original game with whole new gameplay is not include the game in a numbering sequence and have the main series name as the subtitle. For example, Red Alert is technically part of the Command and Conquer series, but Red Alert is the main and standalone title. A more obvious example is The Bureau: XCOM Declassified. Fans hated when the FPS was just called XCOM, but now it has a more positive welcome when the name was changed to The Bureau as shown by positive Steam reviews.

Sequels that are well received are often "remasters" and minor improvements of the same game. Not remasters in the traditional sense, but rather, having the same exact game, just with better graphics, audio, more story, and more maps. No gameplay features are subtracted or added. The Call of Duty series is a great example of this: the more futuristic its sequels were, the more it was derided. Gamers wanted a "boots on the ground" experience. The "boots on the ground" was a game feel that couldn't be violated. Infinite Warfare shattered that game feel, ultimately. World At War, Modern Warfare, and Black Ops didn't stray too far from the original game feel that they were well received as sequels.

In theory and on paper, the Dawn of War III developers had good reasons for doing what they wanted to do, from their experience with the previous Dawn of Wars and Company of Heroes, as evidenced by their interviews. but they ignored the game feel in adding and subtracting game mechanics. They removed cover and retreating systems, which was a big part of the gameplay. They added a whole new victory condition, which was a big part of the gameplay. The stuff about commanders and customizations were mostly fluff. Those could have been added as it doesn't affect game feel.

A better transition for game feel is the Dark Souls and Bloodborne differences. Bloodborne doesn't greatly change its mechanics. It simply removes shields from the game and adds parrying, making the player more aggressive. But even then, it is not technically part of Dark Souls, so that's a win for marketing as well. Dark Souls 3 apparently incorporates this new playstyle to great effect. However, at no time did Dark Souls nor Bloodborne game feel of a well-timed, boss pattern gameplay was ever violated.

So, just because a game sequel is better on paper, doesn't mean it should be a sequel. If it is drastically different, it should stand as its own thing and marketed as such.

Posted by author at 4:42 PM No comments: